The Great Falls of the Missouri

The Great Falls of the Missouri, located in the middle of the state of Montana, could have been a spectacular site in the United States. However, it was deemed necessary to dam the falls at the turn of the century to fuel man’s desire for electricity. The Great Falls in reality are a series of 6 major falls separated by a couple of smaller river shelves. The first waterfall to be encountered from downstream is the Great Falls, named Ryan Falls by Lewis and Clark. Presently it is refereed to as Ryan Dam and has a beautiful day picnic area. 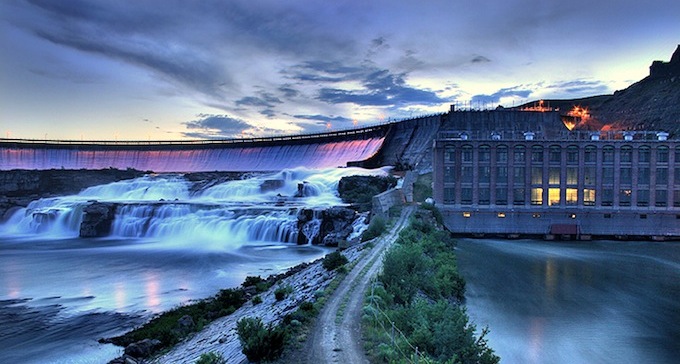 A short distance upstream is Marony Dam, followed by Cochran Dam. Several miles farther upstream is Crooked Falls, the only open falls that are not dammed. Less than a mile upstream is Rainbow Dam, which Meriwether Lewis said was straight as a razor. Near Rainbow is the Giant Springs, the largest natural spring in the United States and also the Roe River, the shortest river in the world. The Springs features a beautiful day area and fish hatchery. This also is the future home of the Lewis and Clark Interpretive Center. Finally, the last falls, Black Eagle Dam, stretches across the river in the town of Great Falls. (Some great surfing is just below the dam.) 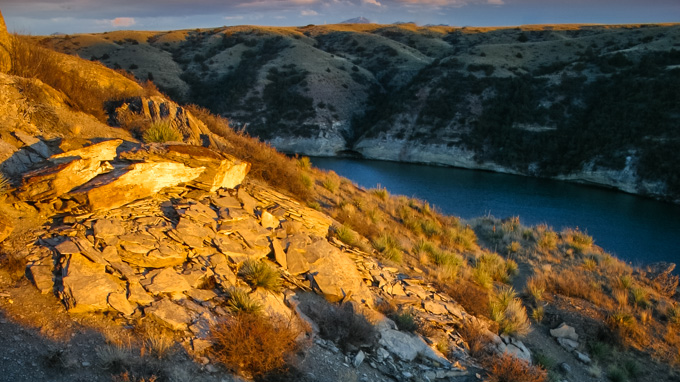 The river between the falls.

Great Falls started out just like any other small western town, but at the turn of the century, the Anaconda Company built a smelter just north of Black Eagle Falls. On that hill resides for many years “the Big Stack”, being the second or third largest smoke stack in the world, it was demolished in 1984. Great Falls is also the home to famous western artist, Charles M. Russell. 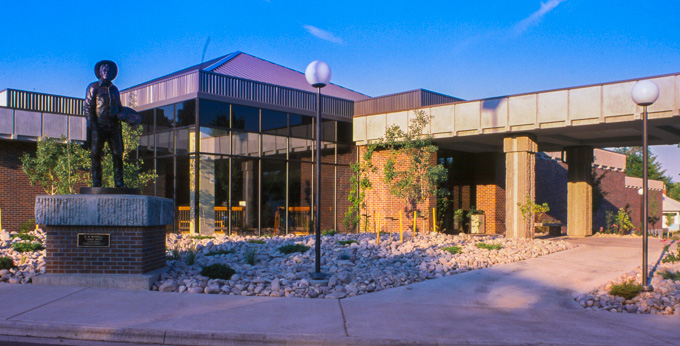